by patrick
in Uncategorized
0

Angry Kisumu residents demonstrating against the repeat presidential election. PHOTO/TWITTER
Dear Cabinet Secretary for Health Cleopa Mailu, Acting Interior Cabinet Secretary Fred Matiang’i, and Inspector General of Police Joseph Boinnet:
Early accounts of the chaos that followed the announcement of the August 8, 2017 presidential election results indicated that rape and sexual violence occurred in affected communities. Since then, we, the organizations listed herein, in collaboration with community actors, human rights defenders, health workers, government institutions, and development partners, have received, recorded, and assisted numerous victims of sexual violence from Nairobi, Kisumu, and other parts of Nyanza and Western Region. Preliminary findings of in-depth research conducted by Human Rights Watch confirm incidences of sexual violence in Dandora, Mathare, Kisumu, and other affected areas.
So far, we have counted at least 60 cases of sexual violence committed during the August 2017 election-related violence, and the numbers are rising by the day.
The emerging cases reveal a disturbing pattern:

A young man with a bullet lodged in his chest surviving on oxygen as he receives assistance from  Kenya Red Cross volunteers in Homabay. PHOTO/TWITTER/KENYA WEST
The emerging cases and patterns of sexual violence reflect a worrying but familiar reality in Kenya. Almost 10 years ago, the Commission of Inquiry into Post-Election Violence following the 2007 elections documented at least 900 cases of rape and other forms of sexual violence, which it termed “a tip of the iceberg.” The current political context related to the fresh presidential elections scheduled to take place on October 26, 2017 signals the potential for increased incidences of sexual violence.
The government has a standing Constitutional and legal obligation to prevent the occurrence of sexual violence in situations of civil strife, and to ensure effective and comprehensive medical, forensic, and legal services to victims of such violations. Therefore, the state should urgently: initiate measures to protect individuals and communities that may be vulnerable to sexual violence; ensure timely, accessible, affordable, quality, and comprehensive medical and forensic services for victims of sexual violence during this political period; and expeditiously investigate and prosecute perpetrators.
We wish to call your attention to the following concerns:
To Acting Interior Cabinet Secretary Dr. Fred Matiang’i and Inspector General of Police Mr. Joseph Boinnet: 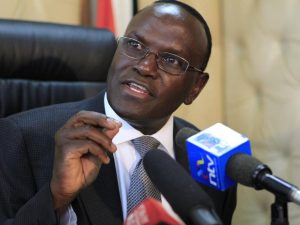 You have, on numerous occasions, explicitly noted the significant strain caused by the ongoing nurses’ strike on the provision of health care services across the country. This burden is even higher in situations that require emergency interventions to avert life-long health consequences, 3
such as pregnancy and HIV in people who have suffered sexual violence. Moreover, the inability of survivors of sexual violence to access timely and appropriate medical services significantly hampers the collection and documentation of medical forensic evidence that is vital to support accountability efforts.

Your expeditious action is not only required under our Constitution and laws, but also necessary to assure all Kenyans, survivors, their families, and communities that the state does not condone sexual violence committed by the police or any other person, and will take all measures necessary to end impunity for these violations.
Sincerely,

Around the world, renewable energy is taking over