University of Nairobi/PHOTO/COURTESY
By DONALD KIPKORIR
newsdesk@reporter.co.ke
Admit over 300,000 students to university each year.
Admit over 300,000 Students to University each year. With our current population of over 46m, we should have at any given time over 2million students in all our Universities. Every Middle Income Economy and above, admits minimum of 65 percent of its High School graduates to University. The remaining 35 percent go to Diploma Colleges unless they don’t want to. Education systems in Europe, America & Asia create pathways for every High School graduate to proceed to Higher Education.
To all those that graduate from Form Four each year, at least 40 percent of them should go to tertiary education (degree & diploma colleges). At the moment, only four percent of Kenyans have tertiary education. Israel has 46 percent.
Increase tarmacked road network from 11,000km to over 70,000km 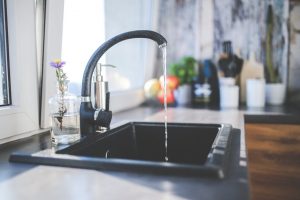 Running tap water in a kitchen. PHOTO/PEXELS
Every Kenyan home should have power and water supply. Potable water supply produces a healthier nation and eliminates “poverty diseases” that Kenya still has like cholera. Water and power supply will also support cottage industry.
Make NHIF cover mandatory for all Kenyans 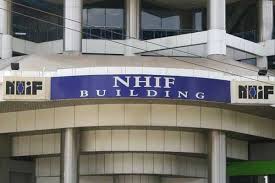 NHIF headquarters.PHOTO/COURTESY
Make NHIF cover mandatory for all Kenyans. Every Kenyan over 18 years must have cover at minimum monthly pay of Kshs. 300/=. Like in Rwanda, if one is too poor to afford the Kshs. 300/=, the neighours will fundraise. Why do we love fundraising medical and funeral bills for individuals when it is easier to pay for him NHIF cover of paltry Kshs. 3,600/= annually?
Judiciary must be truly independent

Supreme Court of Kenya. PHOTO/COURTESY
Judiciary must be truly independent as the Constitution says. Judges must be without any interference. Judiciary must have absolute financial & administrative independence. Judiciary must never be an appendage Of the Executive.
6. Respect of private property & ownership be at the core. Kenya is a Capitalist State, not a Socialist Paradise. People shall eat by the sweat of their brow. But it is capitalism with a human face. Anyone who violates sanctity of private property should be treated as a terrorist.
Professionalize security services 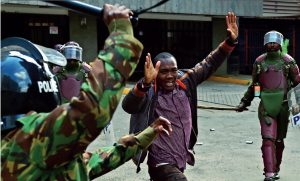 Security agencies have been blamed for human rights violations. PHOTO/FILE
Professionalize the Security Services: We Don’t need 150,000 potbellied army or 180,000 illiterate Police. Before one enters any tertiary college, one must undertake compulsory 6months NYS Service then from the pool, volunteers join the Army and Police. But the total standing number in the Army & Police shouldn’t exceed 100,000, and pay them minimum salary of Kshs. 200,000/= and equip & house them like Singapore. Corruption will end.

Your paper coffee cup is an eco-nightmare